Post in this forum for cars and/or parts for sale.

Here is my 1988 BMW 635csi with 74,XXX original miles and a laundry list of upgrades/maintenance that has been done. The most significant thing done to the car is the addition of a 745i turbo charger that has been upgraded/rebuilt K27 turbo by David @ Ecar toys in CA, plus port matched intake manifold, a big bore throttle body and a free flow exhaust system. The rear self leveling suspension system has been replaced with Bilstein sports shocks and the front suspension was all upgraded to M5/6 bushings and linkage. Deep tires sit on German made Kopi Alpina replicas, plus new cross drilled rotors on the front and new brakes all the way around. The paint on the car is decent and looks good waxed and there are a few scuffs on the leather, but over all the car is very good looking and drives even better. Both the steering wheel and the striping is authentic Alpina, and thousands have been spent on maintenance and upgrades. Please feel free to call or email with any questions you might have.

Love it - especially the color. Is there an intercooler?
Top

No inter-cooler, I was going to put one on, but decided not to because of the added lag it would create without removing the AFM unit and replacing it with a MAF system instead.
Top

We had a nice photo opportunity in Cripple Creek, CO. 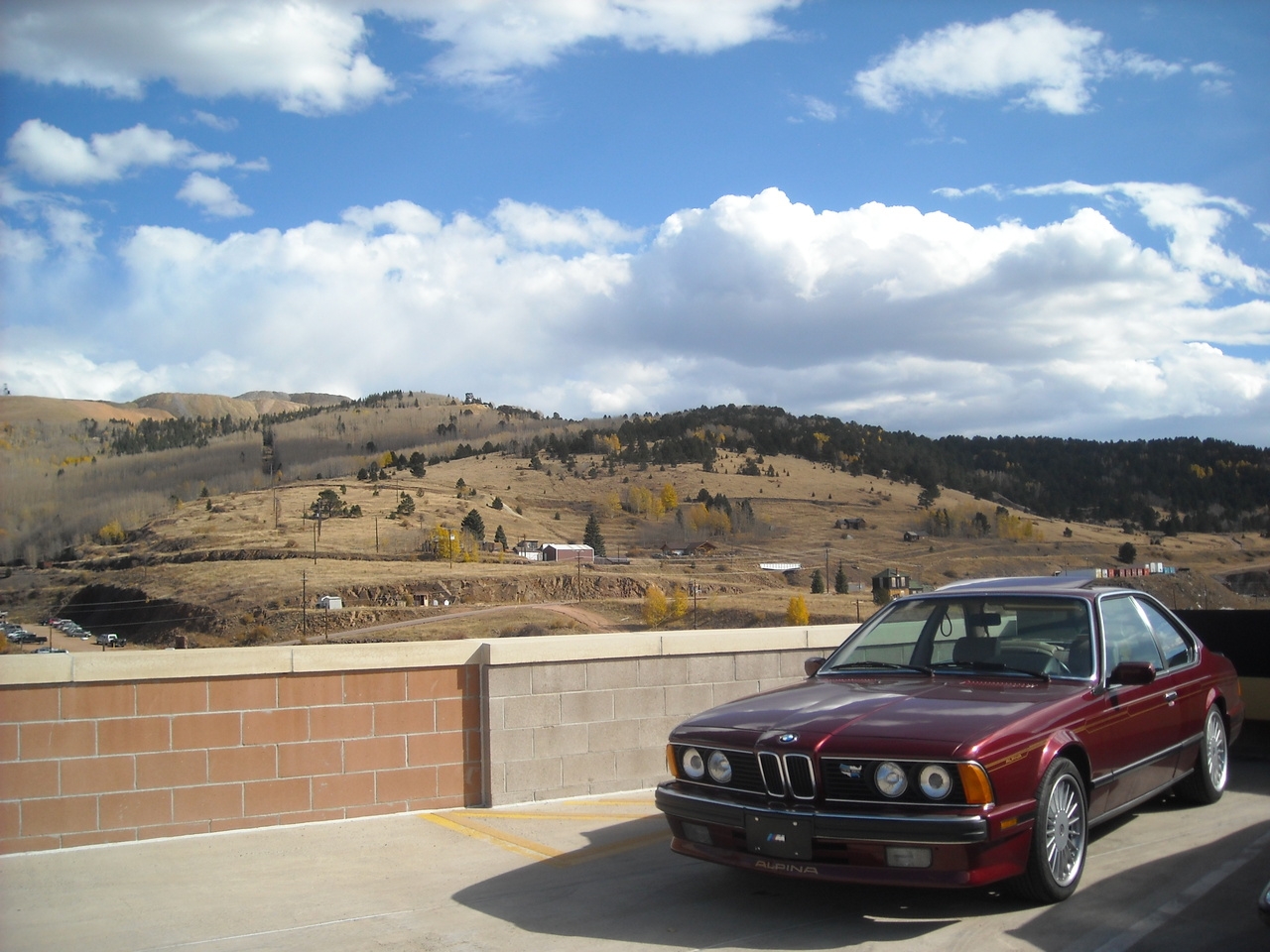 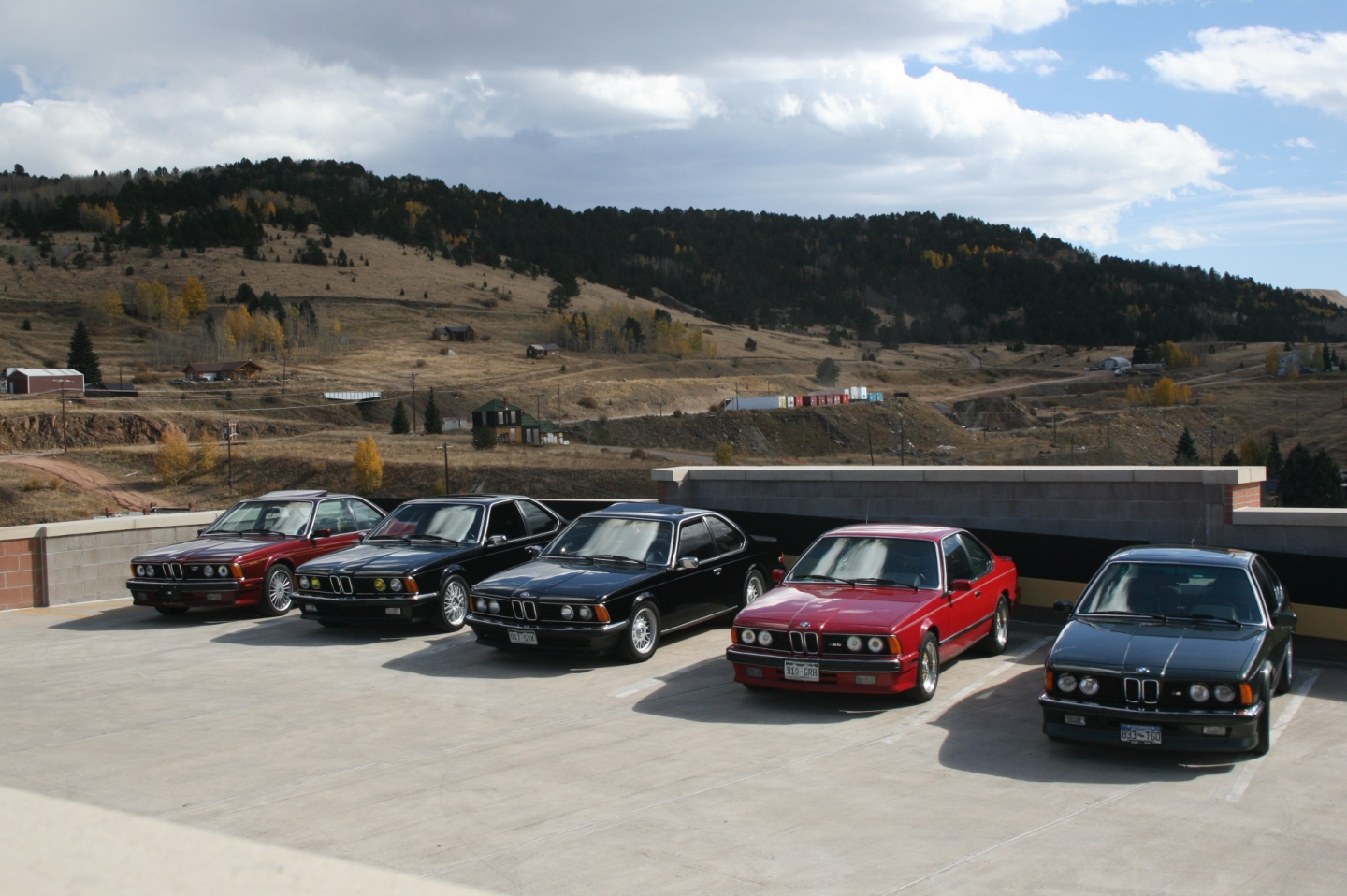 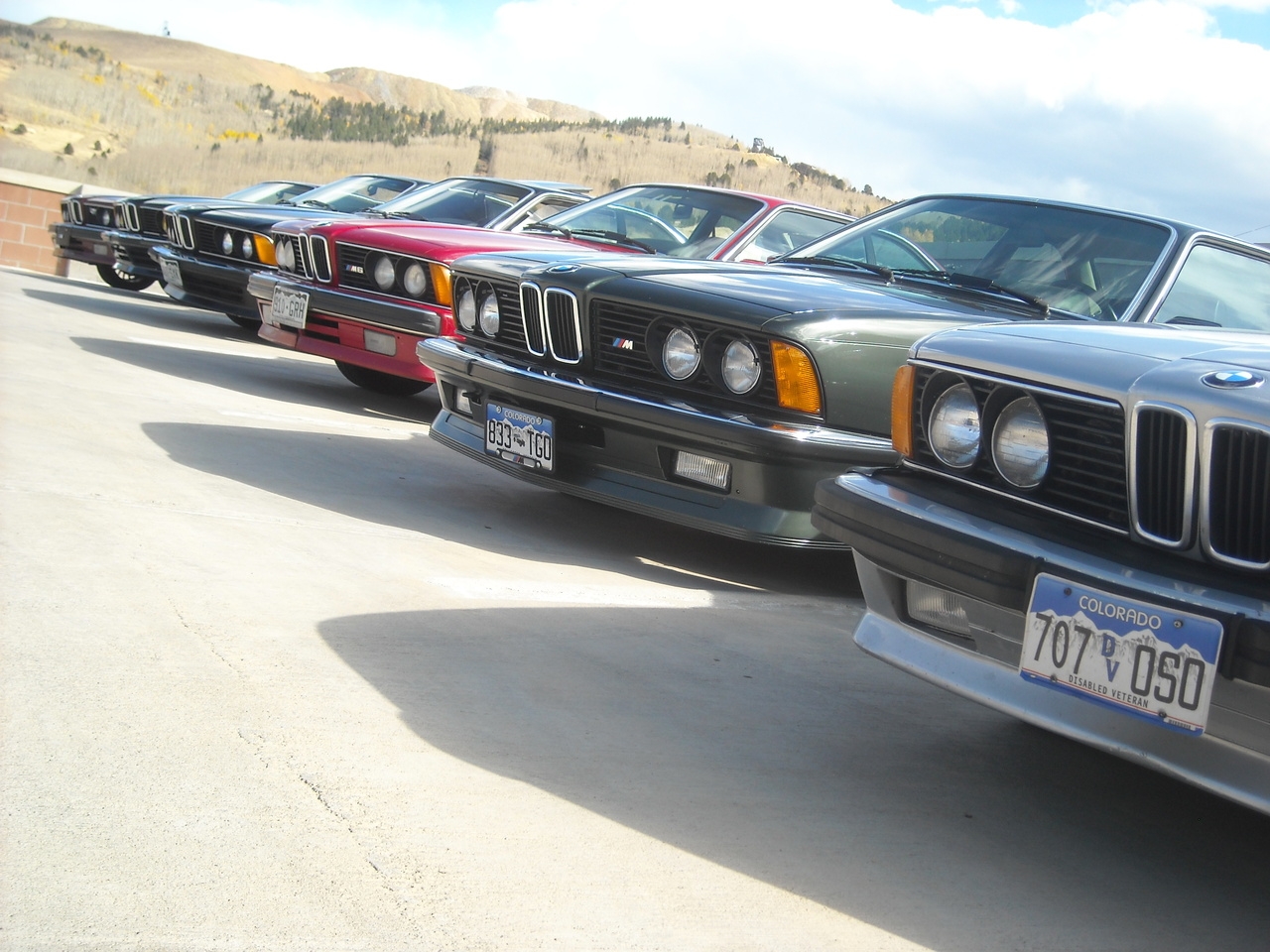 Also if you are selling you may want to include an asking price along with your contact information!
http://www.Drive4Corners.com

Same owner, never parted with it then.

Curious about your turbo setup-- if it is all 745i turbo and manifold, what did you guys do for the computer side? Is this using the 745 ECU as well or did you guys add some sort of standalone? I didn't ask these questions when we went on that drive together

Curious what the exterior color is, appears to be Calypso Red, but that wasn't a standard E24 option

I think Brian should buy it

Is it just me or is that turbo upside down in the motor pic?
Seems like the dump tube is up- I'm assuming that might be a fitting picture or something.

Return to “Cars and Parts for sale”