20 years in the family

The car looked superb, Kos. Pity about the programme/presenters etc. I agree totally with what Don says above.

Thoroughly enjoyed looking at the car or rather the bits that they showed,but the comments were absolute crap. QW only seems to bull up cars that he currently has such as his Corniche convertible or his mini.
This is the man who in November Classic Cars was tipping a BMW 633 at Â£11950. That particular car was sold at Brightwells for just under 10k and then advertised by a dealer at Â£14950 and is no longer on the market, presumably sold. In his programme he expressed the view that a perfectly restored 635 such as 2000 AL was worth just 10k
Perhaps they ought to give his job to Clarkson !
Paul
Paul
WelshBentleyBoy
Top

The car looked utterly stunning Kos, well done, a real credit to you. Seeing the car on TV and reading this thread is a real inspiration.

Unfortunately though I must agree in that the programme has been disappointing up to now waiting for this episode to air and the article itself was poor in its presentation and image portrayed of stereotyped owners. QW was almost offensive in his comments as well and although we all know there are some rough E24's out there, every car has neglected examples, there are some real special cars out there like 2000 AL.

The comments particularly making reference to values were unfair and inaccurate. I hope it hasn't put off any would be future owners who could potentially rescue more cars and continue the legacy!
Top


i'll reply later on with more words, but what i will say is that today at the Classic & restoration show at the NEC i knocked back an offer of 25k

The car looked great on the classic car show, I love your photography, very talented. The reference to yuppies with red braces was misplaced, I thought they were talking about a porker (911) with the whale fin.

As audio has been thoroughly discussed in another topic, I've been asked to add some photos and details of the audio

The source is newish Kenwood Blutooth unit, not that its relevant anymore as all the studio is controlled by an Audison Bit 10 sound processor. It is digital audio instal

Front Speakers are [email protected] Hybrid Audio Imagine Component set, powered by a Hertz HDP-4 1000W RMS digital amplifier in Active format. This means every speaker has its own power supply, no crossovers needed (all controlled by the Bit10)

The door cards stripped, this photos sent to me by the installers. No may would take this much care when taking things apart would they !

in the back we have 2 10' JL Audio W6's powered by a JL1000/1 V2 amp and and the subs now in a sealed box firing up to the rear shelf. The box is made from Ply wood and it is solid mounted with tweet rods (you can make them out in the photo), No energy loss and no chance of it moving

the box is not a a think of beauty, its pure function. It is also cross braced internally

you can make out box supports going to the rear shelf

and the new cover panel. we could have moved it further back but that would have meant making a new floor. The space left is more than ample for me 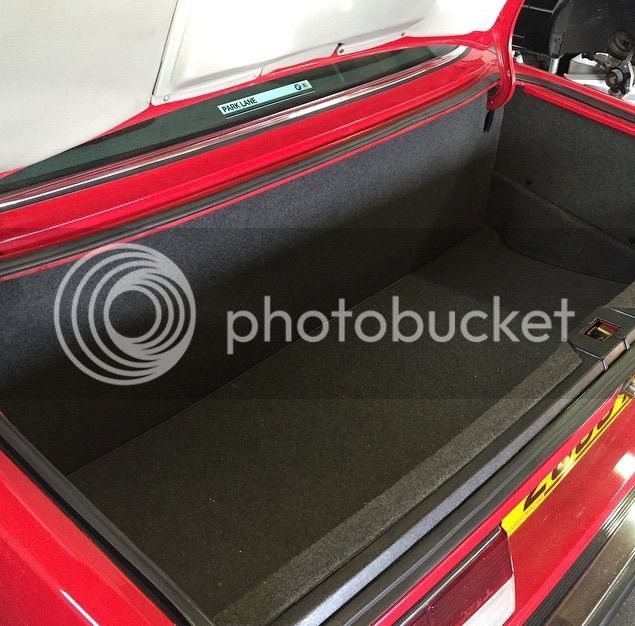 the sound, it warm its clear. you are not killed by harsh trebles from the tweeters, the bass will upset you if you want it to but i don't. its just there when i want to listed to some hip hop.

here's a link to Studio InCar who did the work. its to their website blog and worth a read

thanks for showing this, very nice car and nice system, you must be very happy with it!

I am happy with it, so much so I decided to let go of my e30 M3 project

That's a very nice restoration your doing to the car!
Top

so, over the last few months (well last 9 moths up to december) I've been thinking about my interior

the sport black leather is nice, I've added the rear head rests and had it all re coloured a few years back. However it still showing its age and the head liner is a bit grubby and the sunroof cover panel has become saggy


i was looking at re trim options and decided that i wanted to re trim it and add a new head liner. i also started looking at recaro seats. I wanted the later LS ones with the bigger bolsters but i have always been a fan of Recaros Classics. They were more commonly seen in AMG's and audi quartos in the 80's & 90's. There were few sets in europe, but European delivers on a pallet, combined with bank transfer only sellers had me worried for being screwed over and damage in transit. But i managed to get a pair in the UK. I also picked up some runners from Wattsmonkey so, no was time to start looking at trimmers

I had a few quotes, some were cheap, some were crazy money. Some had good reputations and when i looked at their work i wasn't impressed (baggy panel and inconsistent stitching)

i narrowed it down to 2, but i went with B trim in North London. While their quote was at the higher end, a few friends have had work from them and it is pretty much perfect. They are also only a 30 minute drive from me, so i can keep an eye on progress, they will use a glass technician that i know and trust, and they sourced a hide that i wanted.

The job is as follows

Re trim the recaros, the rear seats, door panel inserts all in black BMW Bison Leather, it has a really nice grain to it. Nappa leather was ruled out for 2 reasons, its soft & it sags. It also wasn't period correct (not that really matters considering the changes i have made, but i have thing for details). The stitching will be a dark grey so it blends in seamlessly. Using a black thread will actually stand out and i don't want that.

The head liner will be done in a black cloth, again it is a close match to the original pattern.

Its booked in now for mid march.

below, the front seats that are going in 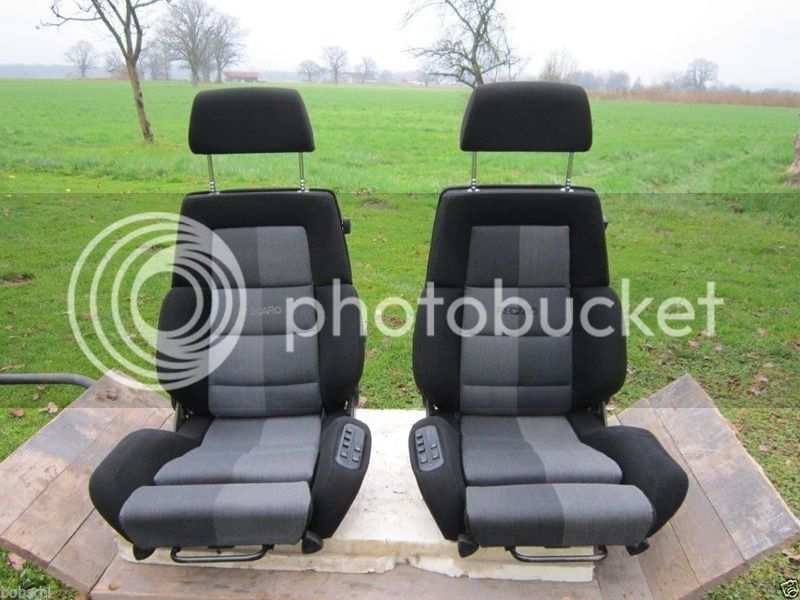 18 Years in my Hands. Sadly I may have to part with it one of these days.

I love those wheels, ya just never see 'em on a 6er

Awesome, I want them

GRNSHRK wrote:I love those wheels, ya just never see 'em on a 6er

Awesome, I want them

Are you sure those are 72's? Search shows different wheels.

I do want to know what those are!

Appears that I slipped a digit

a few action photos from the Classic Cars Magazine shoot

So the car is at B trim

Head lining is done (in black and a matching period correct cloth) and work on the seats is progressing. It was a tough choice deciding which leather to use but I decided to go with a BMW Bison hide which added to the cost. It's got a lovely grain to it which gives the interior character.

Users browsing this forum: No registered users and 4 guests