Was able to get a few "proper" photos out east near my moms house and E470:

Addition of Style 32 wheels from E39 540i. 17 x 8" all around. Pictured below includes 12mm spacers all around. I also got some better photos of my Euro headlight wipers which I put in a little over a month ago.

Today I had off of work, and so with the nice weather, I decided to finally repair the saggyness of my Recaro seats.

I found a repair kit from a company called Aardvark Racing, and decided to order their repair kit. http://www.2002parts.com/bmw/recaro-sea ... p-kit.html
Basically the standard straps stretch, causing the seats to sag and cause discomfort for me and the passenger. He's a view from before the repair. They don't look too bad... 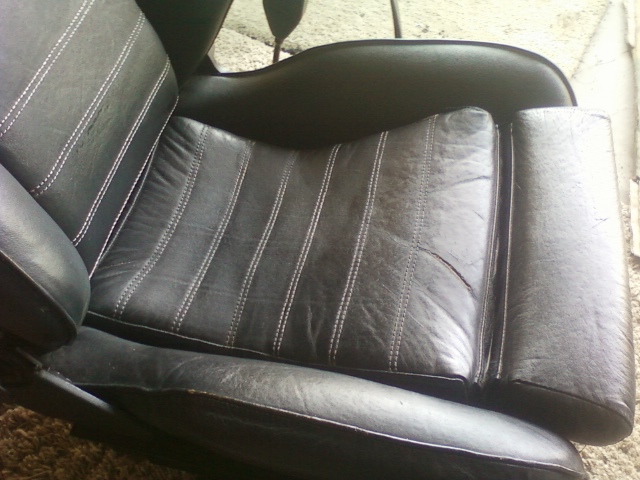 First step was to take out the passenger seat and see how long it may take to replace the straps. 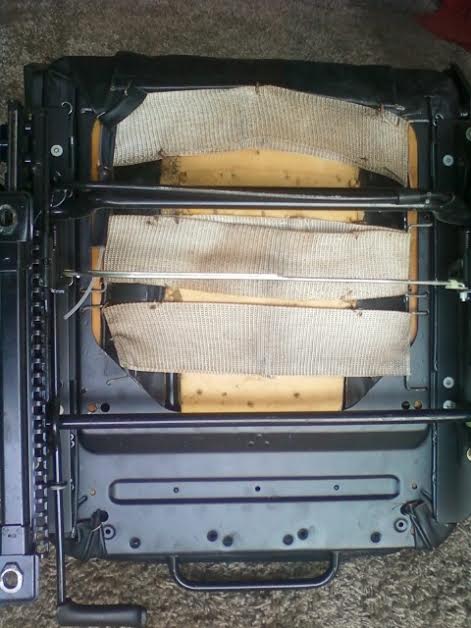 The good thing was new hog rings came in the package, and I was able to work the straps out with standard hand tools I had, and was able to slide the straps in place. The new straps stretched easily enough that I was able to pull them into position. 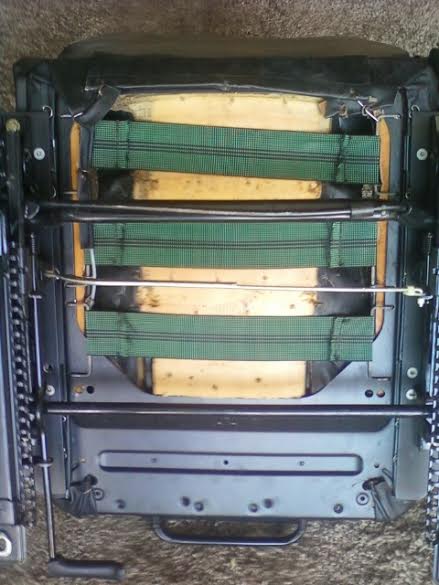 I also took the opportunity to make sure I cleaned off the mounting feet and other grime since this was the first time I took these seats out of the car. 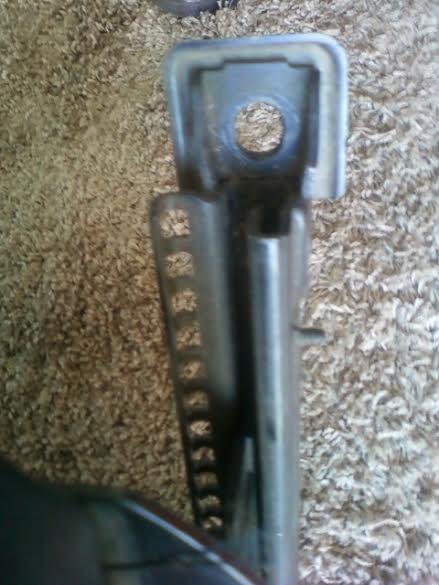 It actually took a little over an hour for me to figure it out and finish up with what I was satisfied regarding hog rings and vacuuming out the passenger floorboard.

So I took out the driver's side and noticed why my driver's seat was so uncomfortable. Whoever did some of the leather repair work, really messed up the mounting legs, so not only were they sagging, but they were also just hanging down! No wonder I needed those extra towels in there for the last ~6 months!! 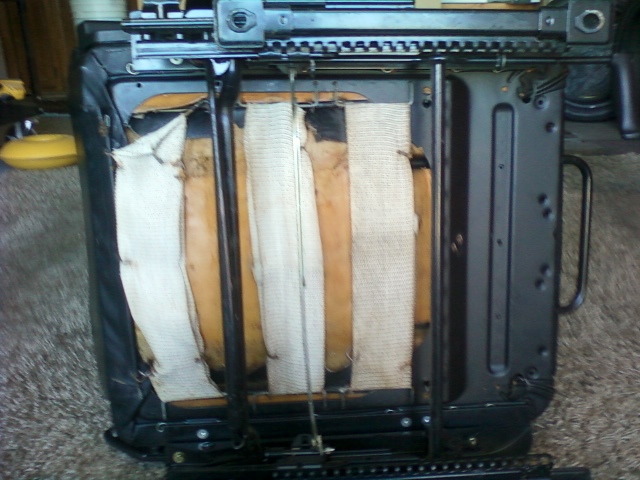 I didn't take photos of the drivers side all fixed up, but I did take a shot of my carpet being all clean. 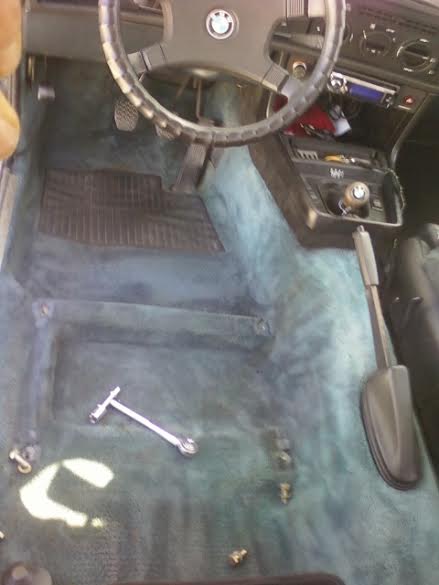 Now I just need to take drive and see the difference. For now, it seems like I sit up slightly higher, but mostly, the seat just doesn't sag down as much when I'm sitting there.
Last edited by tschultz on Sat Apr 19, 2014 10:09 am, edited 1 time in total.
http://www.Drive4Corners.com

Dave Varco at Aardvarc knows his Recaros. Great guy to deal with.

It may seem like you sit higher because your are but it's what the seat is designed for. You are sitting at the correct height.

Looking very nice with that euro.


Ralph
There is a very fine line between "Hobby" and Mental Illness.

Making pans to get the head refreshed in early July. Have been driving it to work and back (90+ miles). I'm thinking I will try the RS211's out on the car soon. Getting some lighter weight wheels will give it some extra pep.

Adding Bert's euro stripes is another item I have been seriously considering to finish the Euro look.
http://www.Drive4Corners.com

Curious to see the difference those new straps made to the look and feel of the seats.
Top

Curious to see the difference those new straps made to the look and feel of the seats.

I forgot to take a photo went I when to my storage unit yesterday, but they don't look much different from before.

They don't feel much different when you first sit in them besides some additional support in the lower back. But it is evident as you sit in them longer that the new straps are doing their job to give a comfortable seat. They put your body in the right spot along the seatback.
http://www.Drive4Corners.com

A few of you may have seen these photos, but I took a trip out to Cripple Creek, CO last week. I shared some photos on facebook, but here they are for you all.

I like these wheels on this car, and have grown to really love the look of the headlight wipers! Glad I got them, even if they aren't in the best condition.

I am officially under contract for a house. Once I am able to get moved in and settled a bit, some needed work will commence on the cars! The run through those twisty roads definitely reaffirmed my belief that I need some suspension bits and fuel line refresh.
http://www.Drive4Corners.com

Just a lovely wallpaper image worth sharing with you all:

Get those wipers out of my face!
www.originalplate.com

Dylan, you will find some wipers soon! They definitely grow on you too!

That's the plan, even though I do have a lot of car maintenance to catch up on-- but I need to decide how much I really want to dive into this car.
I figured I'd share a few more from that day: 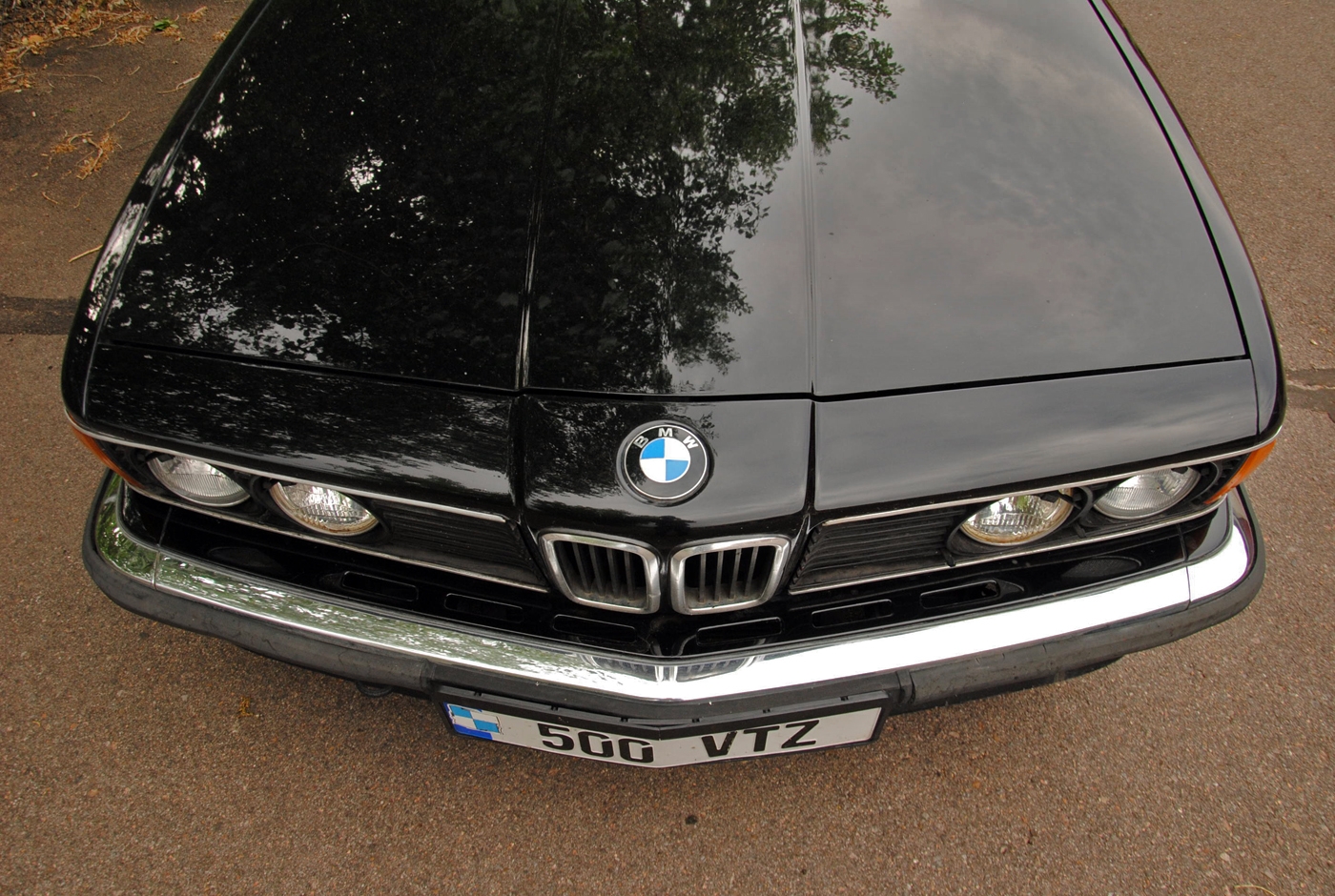 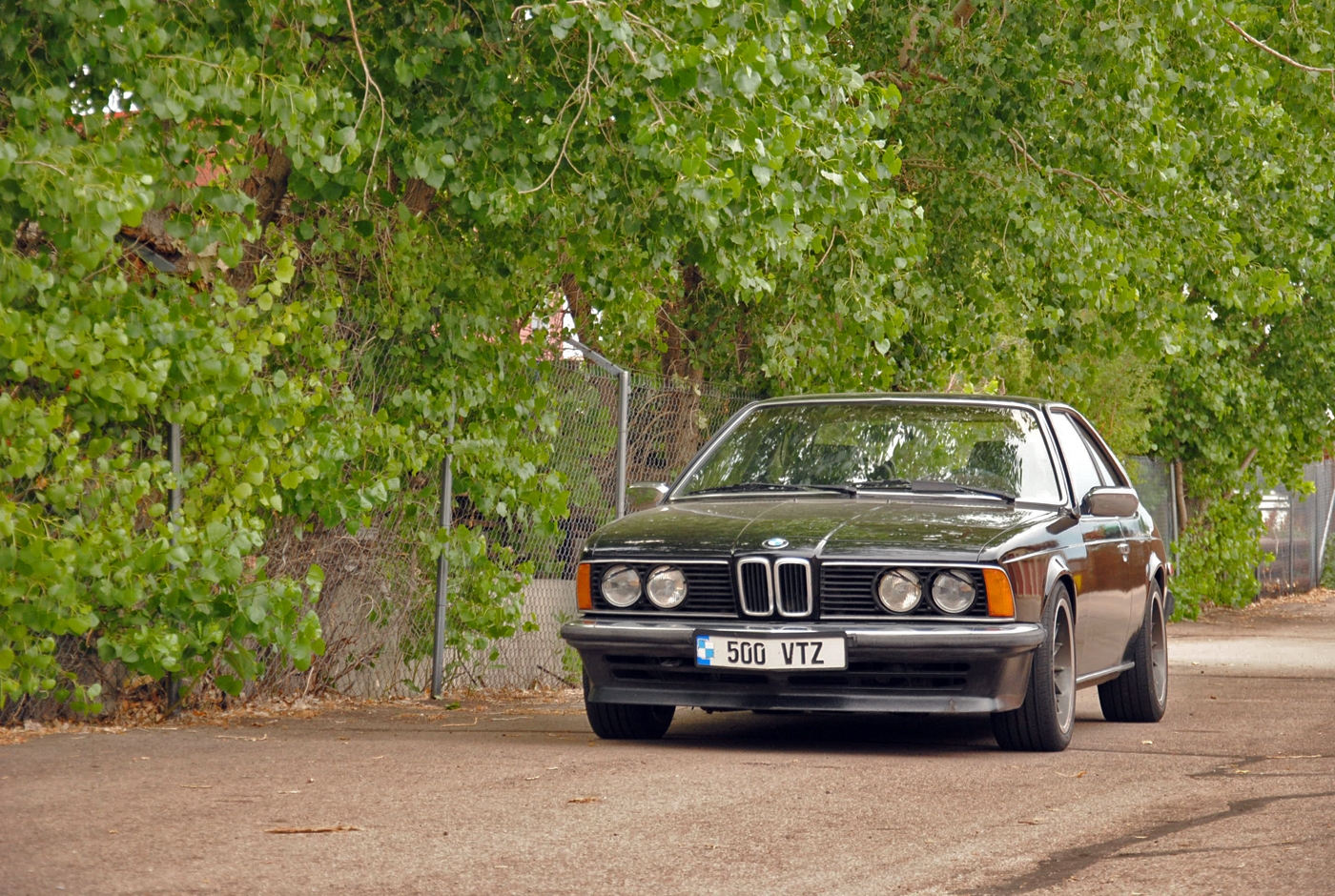 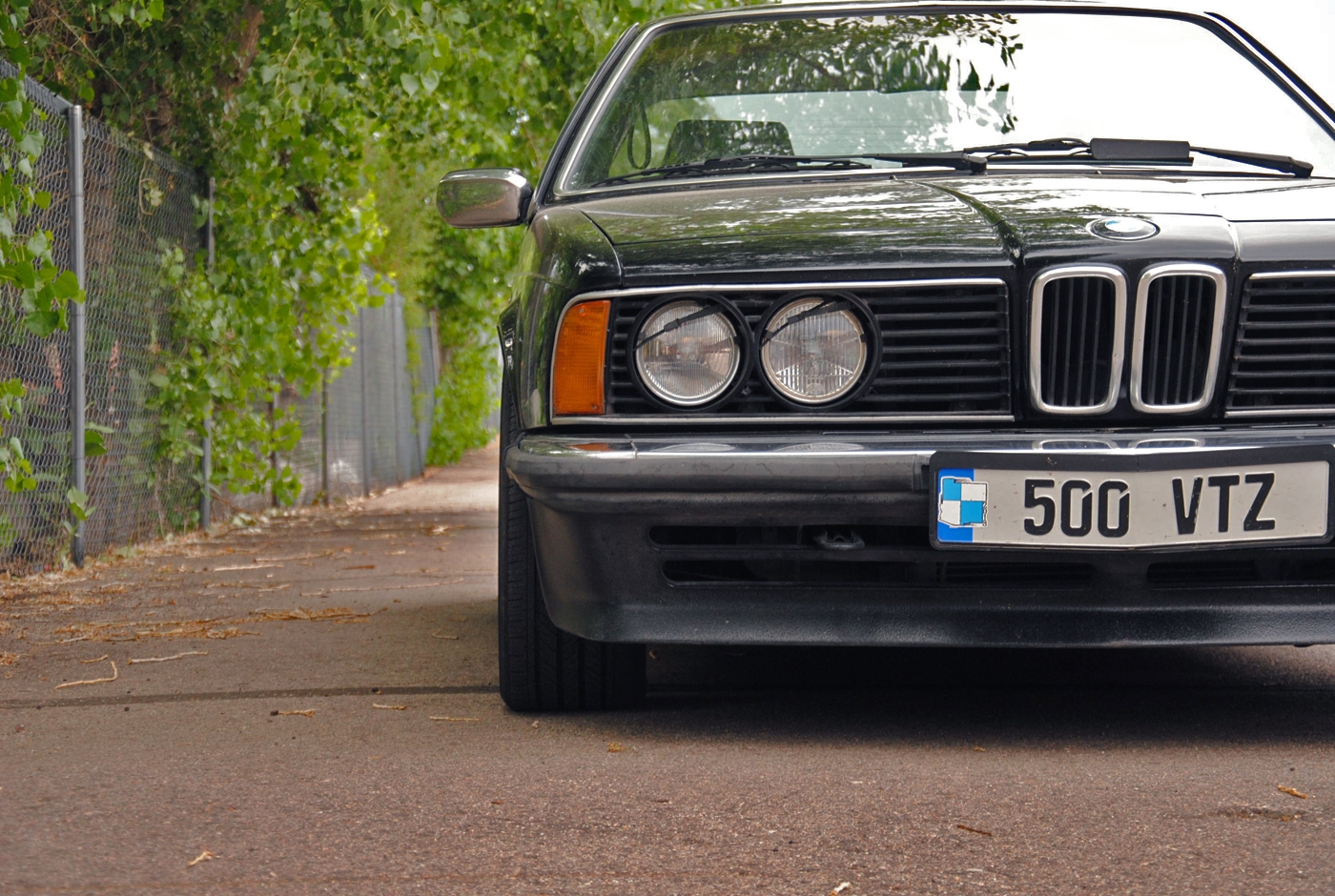 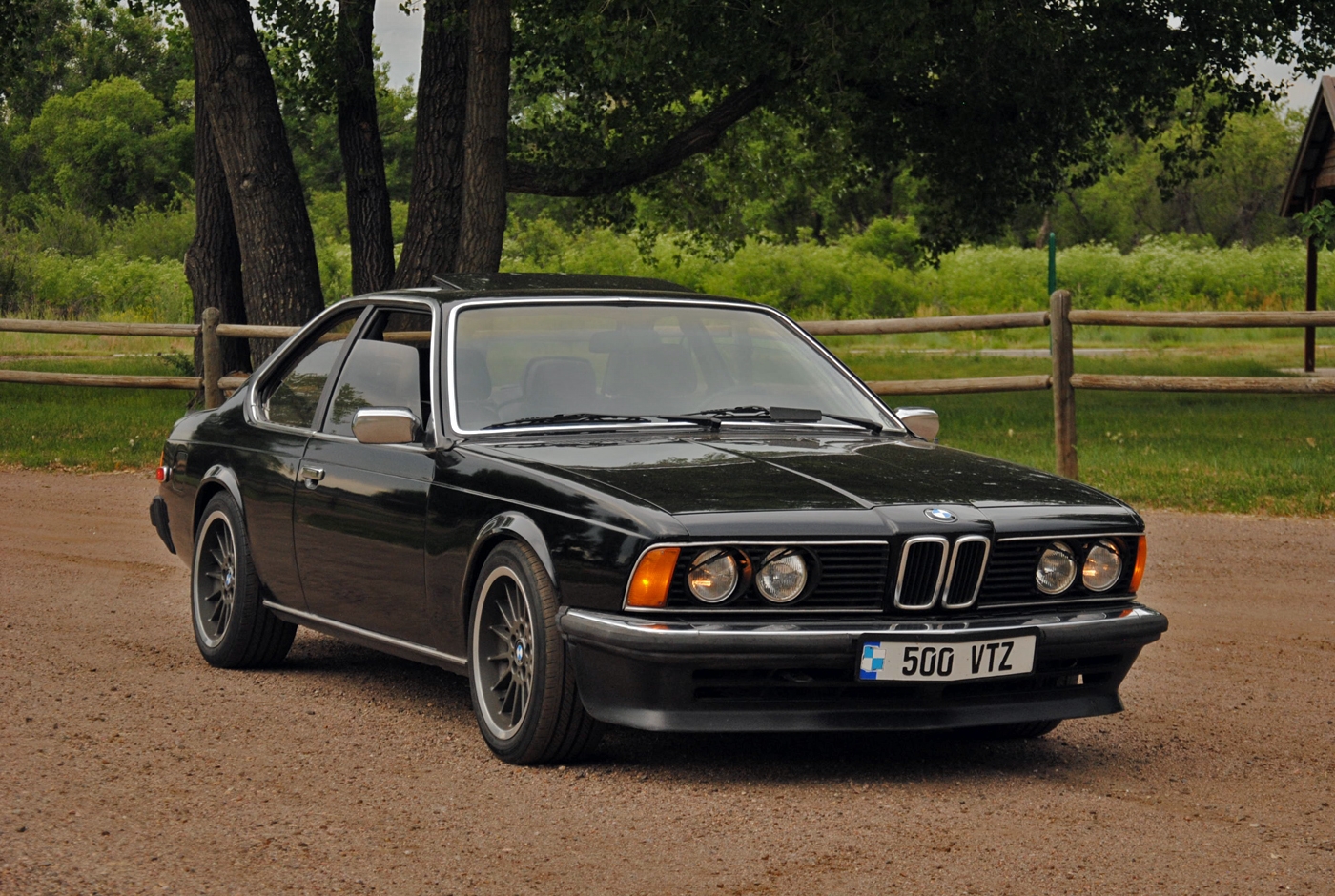 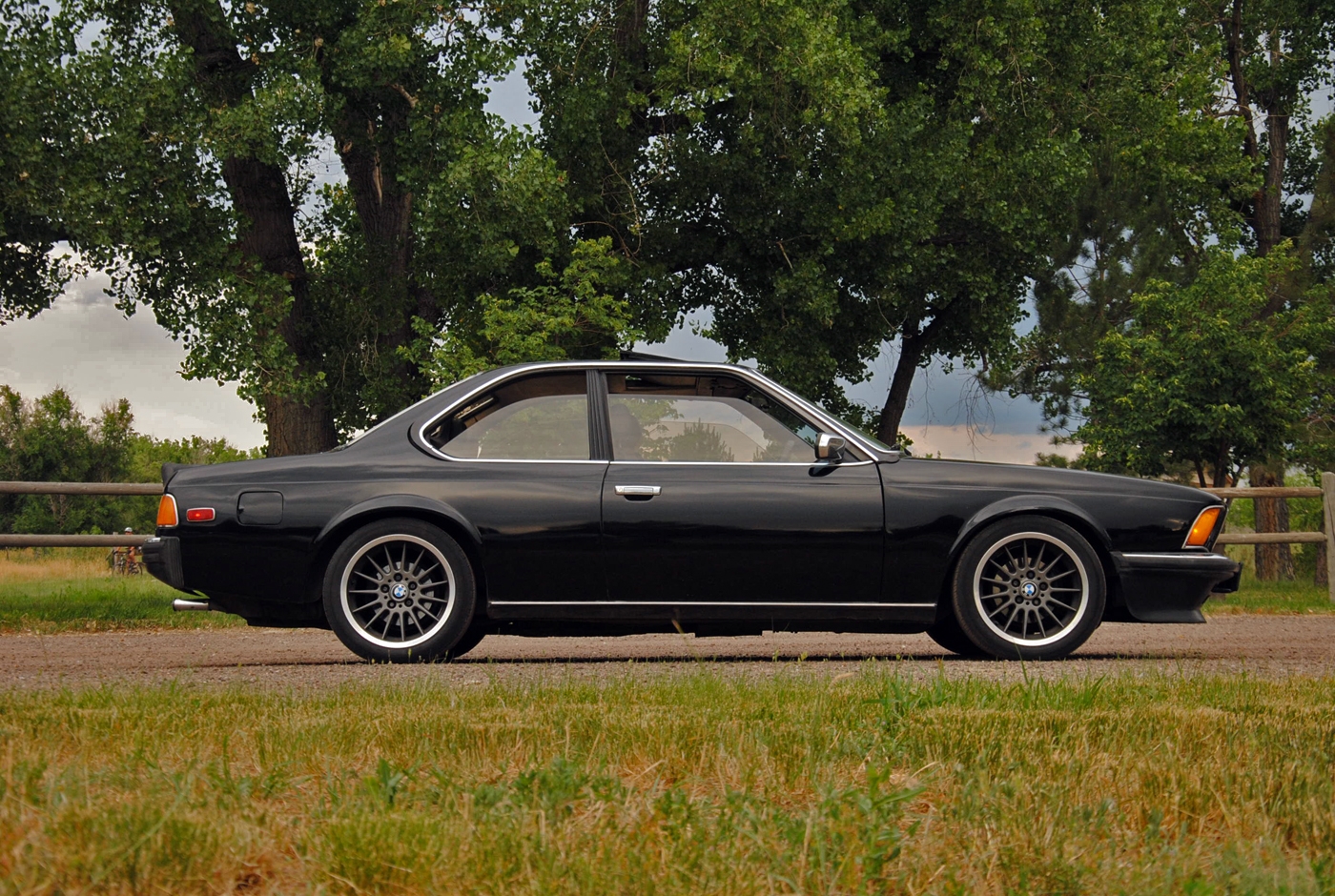 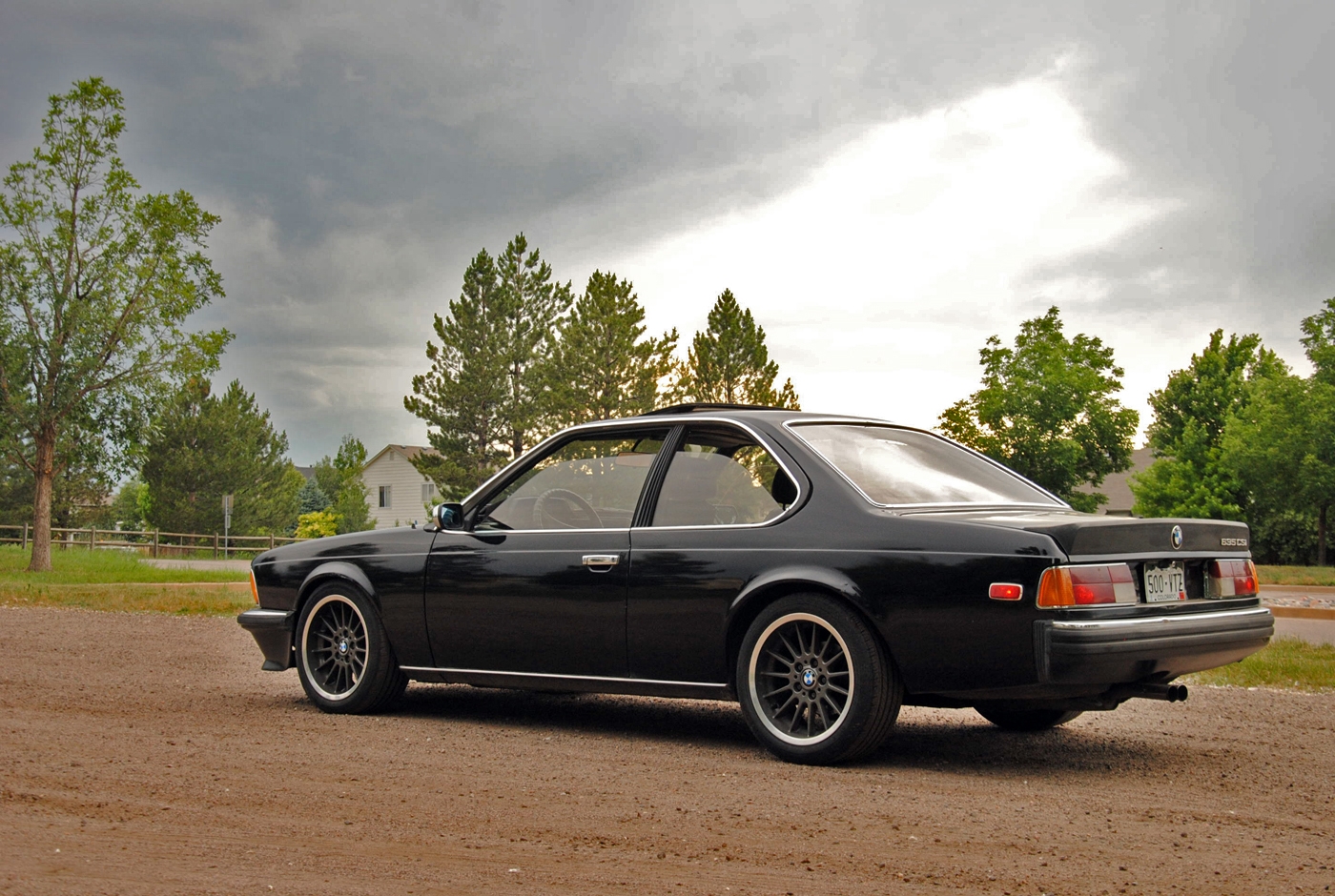 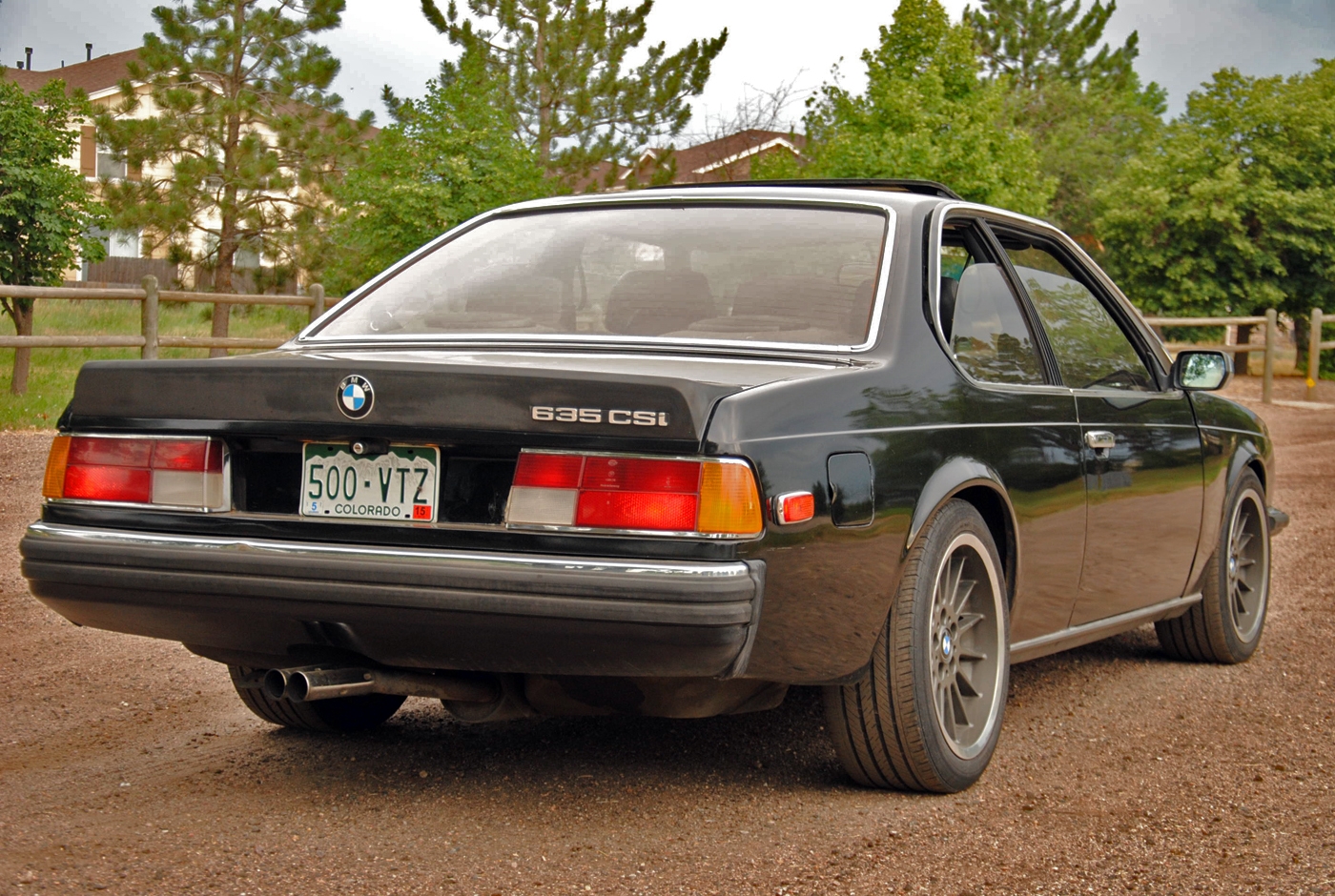 Thanks! I'll be detailing her up next month (along with the other cars) and deciding how much mechanical refreshing I really want to do. With the rust, I am torn between not refreshing the engine and just driving it, and going for a refurbishment.
http://www.Drive4Corners.com

Everybody has been posting about Discovery Channel's shark week this week.

Well, I don't have Discovery channel, so I decided I was going to celebrate shark week in my own way...

Slowly knocking projects out at the new place so I can give the cars the attention that they have needed!
http://www.Drive4Corners.com

I was able to replace the rear taillight lenses with some that aren't cracked.


Also, I have been in process of replacing my clutch master as it has been leaking (slave went 2 years ago, although I didn't replace master at the same time). I got all the hardlines and everything back in place late last night, now I just need to bleed the system and I should be back on the road.


This replacement was FTE brand. I plan to order the rebuild kit and keep the original(FAG) as my spare. The nice thing is that it will be an exact replacement for both of my e28's...
http://www.Drive4Corners.com

If you do any body work (doesn't look like it's needed) delete the rear side markers..

Gone to a few sonic burger meets lately with the 635CSi. 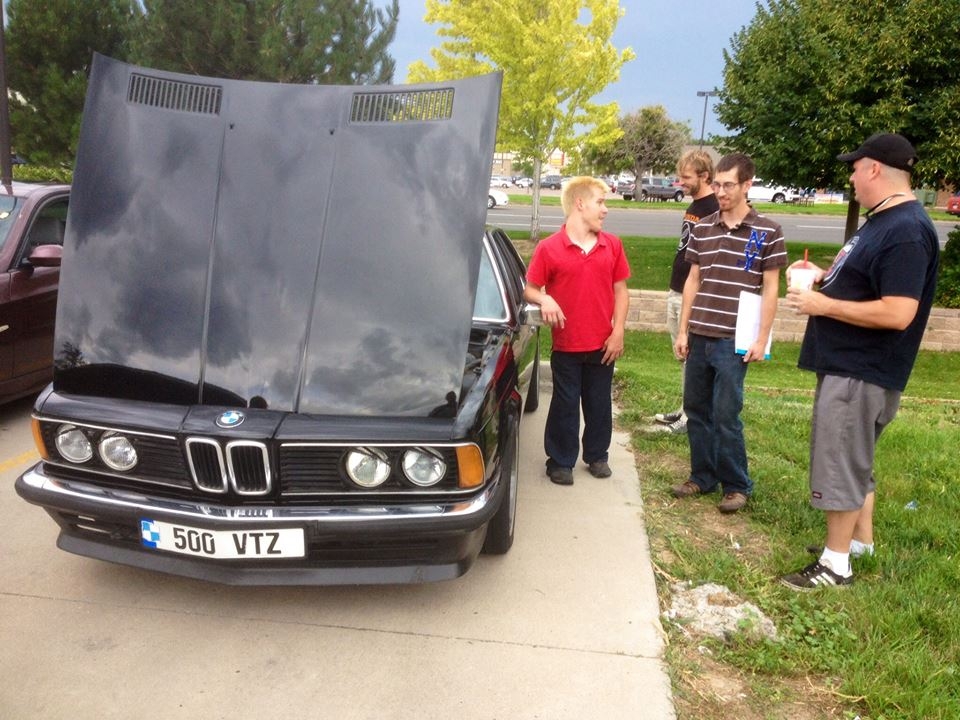 Logged a few miles with some fellow BMW owners (mostly 02's). We even ran into a bit of snow!

I really like the way your rims look on that car! Nicely done.

I need to replace the TRXs on mine, I'll be looking for a set of these once I get the car running. They're newer E39 wheels, right? If so, did you use trim rings or spacers?
Top

DesktopDave wrote:I really like the way your rims look on that car! Nicely done.

I need to replace the TRXs on mine, I'll be looking for a set of these once I get the car running. They're newer E39 wheels, right? If so, did you use trim rings or spacers?

Thanks Dave! I know that people definitely notice, it seems like they regularly want to race me in this car!

Style 32 wheels from E39 540i. 17 x 8" all around. In those photos from the previous page, I used 12mm spacers to bring them out to ET8. I got slight rubbing before full lock. I have taken them off for the time being, however. But yes, hub-centric rings are required.

I have been driving it as weather permits and seriously considering an engine refresh. It is slowly moving up the priority list...
http://www.Drive4Corners.com

Last year after replacing the clutch master, the 635 became somewhat of my backup car. In the mean time I have been working on my 633 Turbo. I have been a bit reluctant to drive this car because of an exhaust leak, fuel tank problem and sketchy fuel lines.

I decided to start ont he project when fuel started leaking from the cold start injector line.

I didn't realize BMW used fuel line under here, but I am replacing it now. 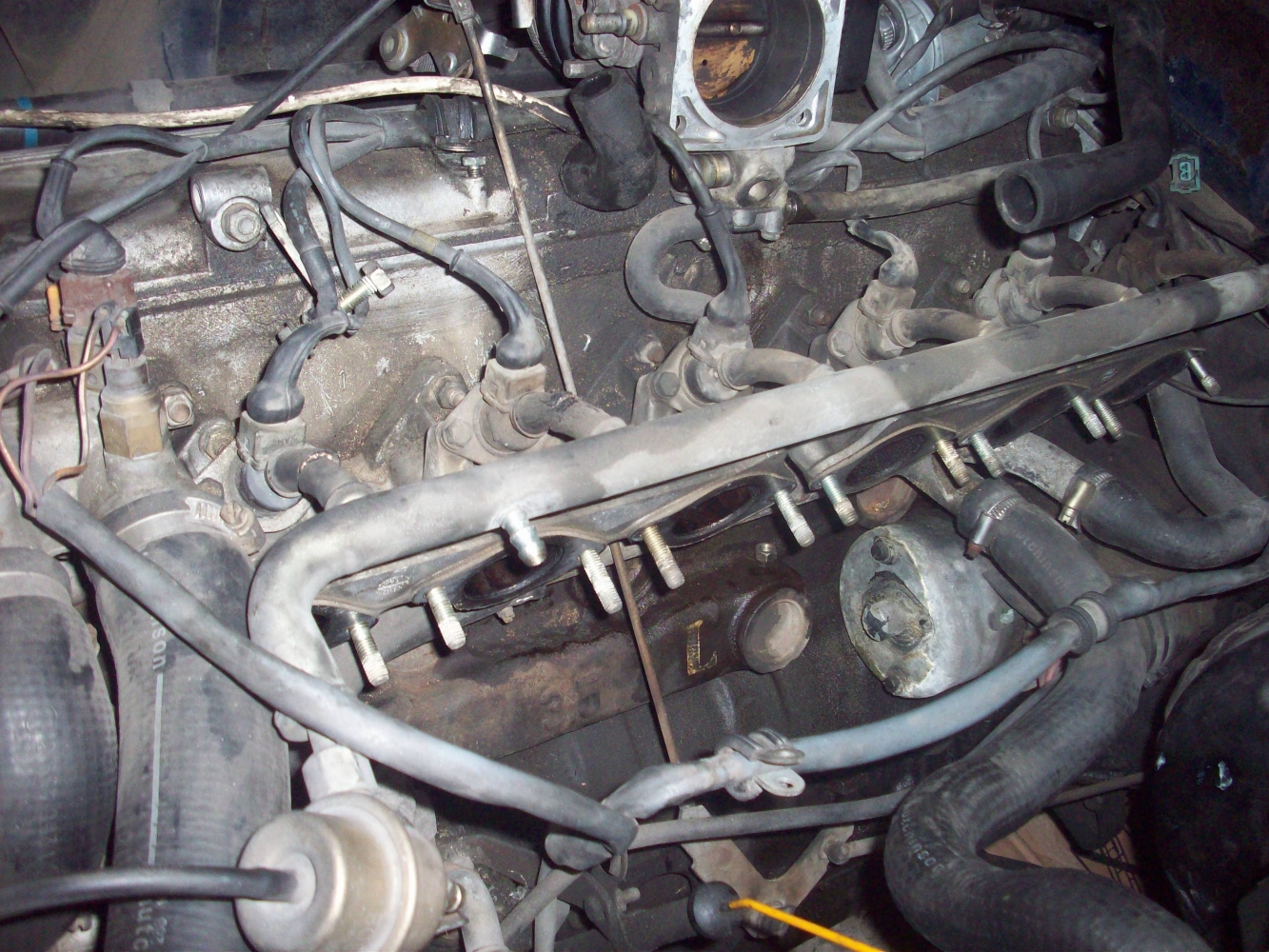 Notice the L on the block as well.
http://www.Drive4Corners.com

And a photo of it all back together, next to it's younger brother with euro bits and Callaway turbo: